Duns Limited Edition has ceased production, but during its lifetime it was pretty prolific. Having founded the label himself, Paul relished in the freedom to record and release on cdr a multitude of projects, playing with like-minded, creative musicians at his invitation. All the music is totally freely improvised. [Read the rest…]

And, as part of that catalog, you’ll find Boolean Transforms (DLE-067) by Paul Dunmall and Han-earl Park recorded way back in November 2009. Physical copies of this and some other DUNS albums are still available from Downtown Music Gallery and from Mind Your Own Music, and you can view some video footage from this concert. 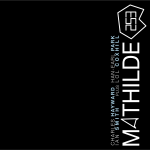 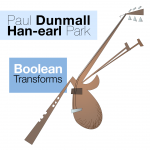 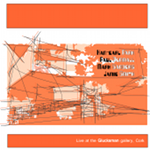 Bruce Lee Gallanter (Downtown Music Gallery) takes some time to say some nice things about ‘Boolean Transforms’ by Paul Dunmall and myself [more info on this recording…].

The intensity & close-knit interaction has increased to a near boil, simmering hotter and hotter…. [The] more I hear the more the sympathetic counter-balance comes closer and even more spirited.

Which means, in part, that you can get your copy from Downtown Music Gallery in addition to Mind Your Own Music and here.