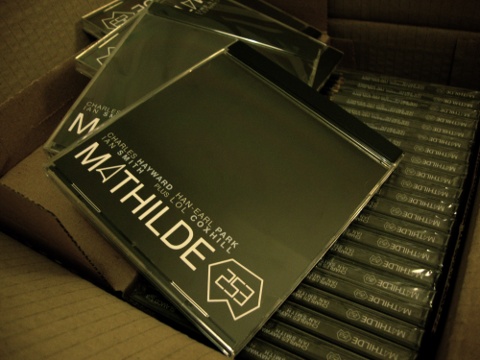 I’m very happy and honored to be featured as Download of the Day at All About Jazz. ‘Chorale’ by Franziska Schroeder and myself is All About Jazz’ featured download for today! (Although mistakenly attributed to another recording by Paul Dunmall and myself; sorry Franziska.) [Download the rest of the performance…]

Bruce Lee Gallanter (Downtown Music Gallery) takes some time to say some nice things about ‘Boolean Transforms’ by Paul Dunmall and myself [more info on this recording…].

The intensity & close-knit interaction has increased to a near boil, simmering hotter and hotter…. [The] more I hear the more the sympathetic counter-balance comes closer and even more spirited.

Which means, in part, that you can get your copy from Downtown Music Gallery in addition to Mind Your Own Music and here.

Update: This recording has been rereleased! The new edition adds liner notes by Áine Sheil, and the option to download the recording in multiple formats including lossless. [Listen, download and more…]

The complete recording of the March 26, 2009 performance by Franziska Schroeder and myself is now available for download below.

I’m very happy to finally make these available. In many respects, all my playing subsequent to this duet has been in response to, and a follow-up on, the implications of this performance. Big thanks to Franziska for sharing the journey on this one.

Recorded on March 26, 2009 at the Lewis Glucksman Gallery, Cork. Recorded and mixed by Han-earl Park.

Above recordings (, and ) released under a Creative Commons Attribution-Noncommercial-No Derivative Works 3.0 Unported License. Please attribute the recordings to Han-earl Park and Franziska Schroeder.

A couple of short video clips of the November 6, 2009 performance by Paul Dunmall and myself. The full concert available on the CD ‘Boolean Transforms’ [Get the CD…].

Presented by the UCC Concert Series at the Ó Riada Hall, UCC School of Music, Cork, Ireland, on November 6, 2009. Thanks to Paul O’Donnell, Jesse Ronneau, Carmel Daly and John Hough.

The audio CD ‘Boolean Transforms’ by Paul Dunmall and myself has been released on DUNS Limited Edition, and a very limited number of these are available for purchase from this site [more…]. ‘Boolean Transforms’ documents some of my best playing to date, and I am honored to be represented on Paul’s audio newsletter.

I just did a short spot on RTÉ’s Morning Ireland. Plugged the Human-Machine Improvisations (Cork, 2010) gig, and they also played a snippet of Bruce Coates with io 0.0.1 beta++ (audio recording below). I wonder how often improvised music gets on the national news 😉

Thanks to Franziska Schroeder, audio and video documentation of the performance on May 16th 2009 at the Sonic Arts Research Center, Belfast, N. Ireland (the closing concert of Sonorities 2009) is now online.

My trip to Belfast was made possible with the generous support of the Arts Council of Ireland.

Video clips of the February 11th 2009 performance by myself with Paul Dunmall, Mark Sanders and Jamie Smith are now on YouTube.

Presented by the UCC Concert Series at the Lewis Glucksman Gallery, Cork, Ireland, on February 11 2009, during the exhibition Eye for An Eye: Representations of Conflict in 20th Century Ireland.

Curated by Danny McCarthy as part of ArtTrail, and in association with farpoint recordings, the CD Rediscovering Locality: A Sonology of Cork Sound Art+ includes an excerpt from the improvisations by Murray Campbell, Marian Murray and myself from the June 2008 Stet Lab. [Details…]

‘Live at the Glucksman gallery, Cork’ and ‘Occidental Oriental Occidentalism’ are now . [More info…] Please contact me if you have any comments or questions regarding obtaining these recordings.

Note: this is a 80mm mini CD! (Some CD drives, slot-loading drives in particular, may have problems with these.)