Mathy grindcore? tubular gates? shrieks of crustaceans? 100% perishable skills? guitars burning-up on reentry? what do Special Forces snipers and saxophonists have in common? and what is The Shitty Gig Foundation? In the run-up to the launch Eris 136199’s new album, a Jazz Noise has been running a special series of 7 Questions with each member of the trio, plus it is hosting an exclusive preview of the Adaptive Radiation suite.

When asked about the balance of preparation vs. improvisation in her work, Catherine Sikora says:

It’s all about the preparation, for me! The saxophone is such a demanding instrument that if I am not totally prepared, in good shape to physically manage the instrument, then the improvisation will be negatively affected. The act of merely producing a good tone requires daily work, there is no escape, and I love that about the instrument. Practice is what I do every day, regardless of whatever else is happening, because the skill of playing is 100% perishable. The more prepared I am for a performance, the more freedom I have to execute my ideas. [Read the rest…]

With Eris 136199 we just set up and play (that’s my impression anyway, maybe I am overlooking some secret preparation rituals!). It really feels like everyone’s been sort of preparing for years before every performance. When we play I feel like we are being dropped back into a continuum that has been periodically interrupted. We really don’t discuss much ahead of time other than the notion that the silent shrieks of crustaceans may be ensconced in shrimp crackers and are released when you bite them. [Read the rest…]

I get the honor of stepping over the 7 Questions border when I get to expand upon how Jeff VanderMeer’s Southern Reach Trilogy affected Sirene 1009:

Aspects of VanderMeer’s writing compelled me to push the Sirene 1009 mix away from the vérité that is the vernacular of recorded free improvisation….

The solution [to issues with mixing the recording] turned out to be to ratchet up the artifice of the recording…. The differences and transitions are, hopefully, subtle enough that the listener are not consciously jolted out of the moment, but it weaves an extra narrative. Like VanderMeer’s manipulations in writing craft, genre, etc., I was working to accentuate, through the mixing process, the improvisative journey taken by the ensemble in performance-time. [Read the rest…]

Big thanks to Dave Foxall of a Jazz Noise for championing the trio’s thoughts, words and music.

Finally, there a very special, exclusive preview of the Adaptive Radiation suite hosted at a Jazz Noise. Have a listen; you won’t find it anywhere else! [Listen…] 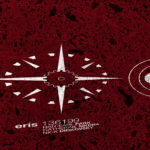 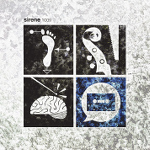