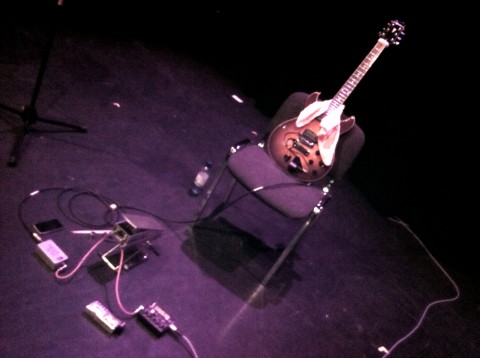 Second audio except from Richard Barrett and Han-earl Park’s CD, ‘Numbers’ (CS 201 cd) released by Creative Sources Recordings. This clip, with “hiccups, scrapes, scouring, gluts, gargles and cuts,” is taken from the closing track of the album, ‘ll……’. [About the recording…] [About this duo…]

Death of an Accountant? In his review at Chain D.L.K. of Richard Barrett and Han-earl Park’s ‘Numbers’ (CS 201 cd), Vito Camarretta imagines an unfortunate scenario for an “accountant, a computer expert or an operational researcher”, and describes an “acoustic lucid computational delirium, whose trajectory is impossible to outguess”:

You can easily imagine an accountant, a computer expert or an operational researcher in the act of falling prey of frightening hallucinations after a session of intensive work on numerical models, impressive balance sheets or other number-covered screed and their colossal equations or string while getting turned into ominous entities which paralyze their own maker in order to obsess, harass and torture him till death while listening to this amazing and fuzzy release by Welsh electronic musician and performer Richard Barrett (some well-trained listeners could know his collaborative project FURT with Paul Obermayer as well as his work within the Elision Ensemble) and guitarist, improviser and very talented performer Han-Earl Park. By means of an intricate web of sonic hiccups, scrapes, scouring, gluts, gargles and cuts, they build an acoustic lucid computational delirium, whose trajectory is impossible to outguess.