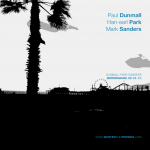 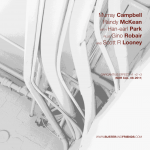 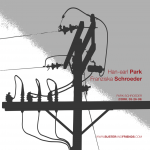 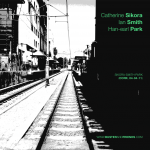 After some glowing reviews (including one from Brian Morton in Signal to Noise [read it…] and another from Guillaume Belhomme in Le son du grisli [read it…]), Mathilde 253 has got a couple of more careful, measured responses:

…A bustling, talkative seventy-four minutes made up of angular, Baileyesque electric guitar, some fantastic drum splashes mixed with occasional bursts of less traditional percussive sounds such as the small metallic chimes heard in the opening seconds of the album, and the chattery, conversational style of the trumpet and horn. …The playing here is very fine, a tightly woven mass of sounds with no one real dominating voice but each musician expressive and energetic. The music is all about the conversation, but a real heart-on-the-sleeve collision course of a conversation, but nevertheless the result of the musicians listening to one another and responding. The addition of Coxhill’s softer soprano on the last two pieces do slow the music a little, but the jazz credentials remain. If the music’s progression is a little less choppy then melody and hints at standardised rhythm creep in, but the improvised discussion carries on, perhaps the words are less heated but the debate remains of interest. [Read the rest…]

My favorite tracks are the last two, in which the group is joined by saxophone legend Lol Coxhill. The four minute guitar/sax duet at the beginning of Track 6 is inspired; the two really seem to be conversing with one another. [Read the rest…]