Apologies for the delay in posting these acknowledgements (but no pandemic-era tour would be complete without at least a little drama), but I would like to quickly post a note of thanks to everyone who made my return, after two+ years, to touring.

A warm, heartfelt thanks to everyone who joined me on my travels, to those who worked behind-the-scenes to make the performances happen, to my hosts, to my fellow performers, and to those who came to listen. Thanks to everyone at Gosforth Civic Theatre, Hyde Park Book Club, Unit 44/Kirkos Ensemble, Regional Cultural Centre Letterkenny, and Cultúrlann Uí Chanáin. Special thanks to Fielding, Shaun and Conal at Cafe OTO, and to Laura, Pete, Oli and Chris at Fusebox. Shoutouts to Johnny Hunter and his Pale Blue Dot ensemble, to Crawler’s Kyra, and to Corey and Graeme, and I’m grateful to have shared the stage with Lara and Pat, and with rit. and Una.

And finally I would like to thank Wesley Stephenson at Jazz North East, and Peter O’Doherty of Northern Lights Project for their enthusiasm, hard work, genuine love of the music, and care for the artists who make it. In Wesley and Peter, I know two of the greatest supporters of creative musicians and adventurous listeners. Thank you so very much.

I am truly grateful to everyone’s support. Despite the difficulties of traveling and performing in the present-day condition, it has been a pleasure to bring my music to you.

Out now on NEWJAiM Recordings 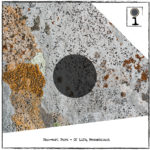 Coming up in March 2022: performances by Han-earl Park, rit. and Una Lee in Dublin, Letterkenny, Derry and Belfast. See the performance diary for up-to-date info.

Big, big thanks to Peter O’Doherty at Northern Lights Project for putting these events together. I’m very excited to share the stage again with rit., and, for the first time, with Una!

I’m also performing in Newcastle, London (with Lara Jones and Pat Thomas), and Leeds. See the performance diary for details.

Four performances in March. (Another mini-tour, but, hey, for the first time, I’ve actually tied-together an album release and a tour—never happens!) A privilege to have shared the stage with smart, creative performers, and to have been performing to some wonderful community of listeners. So, quick thanks to everyone on/off stage at Monmouth, London, Belfast and Derry….

Big thanks to all the venues, promoters and supporters. Thanks, in particular, to Lyndon Owen, a person of apparently limitless enthusiasm, and the team at Monmouth (what a wonderful community); to Peter O’Doherty at Cultúrlann Uí Chanáin for the incredible work bootstrapping the Derry scene; to Eduard Solaz at IKLECTIK for running such a wonderful space; and to Brian Carson at Moving on Music, and to Simon Waters at SARC for presenting, promoting and hosting.

Thanks for David Bird at SARC for all his work above-and-beyond the call of duty. (Hey! I owe you and Craig a beer.) Kudos, David Lyttle for loaning us your double bass for a couple of days.

As always big, big thanks to everyone who came to listen. I’ll particularly remember the adventurous and genuinely interested listeners in Monmouth and Derry. And a special thanks to Jeremy (he’ll know why 😉 ).

Finally, thanks to all the performers: to James King for the gibberish; to the acoustic frenzy of FAINT (big thanks to Franziska for all her help (starting in February 2016!) getting the Belfast performance together—it’s been a long road, but worthwhile!); and, of course, biggest thanks to Dom, Mark and Caroline for the music (See you in April!)!

I’m honored to find my concept thumbnail (‘Study in Notation’) in the pages of cuttlefish (issue #1, summer 2014), a “zine for contemporary culture, music, art, aesthetics, politics,” edited by Peter O’Doherty. The piece was accompanied by an excerpt from my interview with Miguel Copón:

I’m not sure at all where this is leading, but having through some combination of ideology and necessity (ain’t it always the way?) found myself somewhat involuntarily in the ‘Total Improvisation’ camp, I’m beginning to look on the other side of the fence. Let me be clear, the, to borrow Lewis’ term, Eurological conception of the score and the practice that surrounds it (theorized in detail by Small, Cusick, Nicholas Cook and others), with its limited models of control and dogma of reproducibility, and naive notions of aesthetics, does not interest me at all.

However, I’m feeling a gravitational tug. Maybe it’s due to coming into close contact with musicians who have a much more sophisticated (if often, from an non-practitioner’s POV, misunderstood and under theorized) relationship with the score and the possibilities of notation. But it’s a distinct pull. Still working—struggling—through some ideas, and studies, and have far, far more questions than answers about the possible role notation and the score might have in an improvisative context, but that’s the new thing that’s exciting me at the moment. [Read the rest…]