I moved to Brooklyn back in December 2011, and I’m grateful and privileged to have been part of, even briefly, such a gracious, vibrant, creative, fun and welcoming community.

I’m particularly indebted to Andrew, Jesse, Michael, Adam, Anna and Andrea for introducing me to the (cultural) geography/neighborhood(s); to Bruce, Wadada and Ras who gave me my first few gigs; and to Tim and Evan for offering me sideman gigs. And a very big thanks to Josh, Catherine and Nick for much of the above, and for collaborating on some long-term projects. To everyone, I hope to repay the your generosity (and hope to catch up when I’m back in Brooklyn/NYC).

Now back in Cork, and, for what feel like the first time in a long time, I’m arriving without a gig in town (and, to my surprise, I’m not too unhappy about that). Some plans ahead (solo performance at SARC for starters), fingers crossed, something will work out.

Above video: last time I performed as part of Out Of Your Head Brooklyn; with Jonathan Goldberger, Sean Ali and Will McEvoy. Videography by Don Mount.

Above video: last time I performed as part of Out Of Your Head Brooklyn; with Jonathan Goldberger, Sean Ali and Will McEvoy. Videography by Don Mount.

END_OF_DOCUMENT_TOKEN_TO_BE_REPLACED

Thanks to our hosts Freddy’s and, in particular, Michael Evans of On The Way Out for their generosity in offering us the stage to perform last night (July 24, 2012). Thanks also to Jesse Stacken and Don Mount for the recording and documentation, to Christine Bard’s cast of thousands for sharing the stage, and to all who came to listen.

And of course my thanks to the always creative Nick Didkovsky and endlessly imaginative Catherine Sikora. After the swift, seemingly effortlessness of the first performance by Eris 136199, this was much more of a struggle for me (in the best possible sense), ranging as it did from the loud, heavy machinery noises to the quiet, delicate sounds. Thanks, Nick, Catherine, for pushing and pulling the music into ever more interesting spaces. Really looking forward to the next time we get to play!

Side effects of Eris 136199 may include temporary deafness, involuntary teleportation, spontaneous combustion, and molecular implosion. In addition, lab animals have been shown to dance without skill to the sound of double guitars and saxophone. …But you’ll love what it does to your brain! 😉 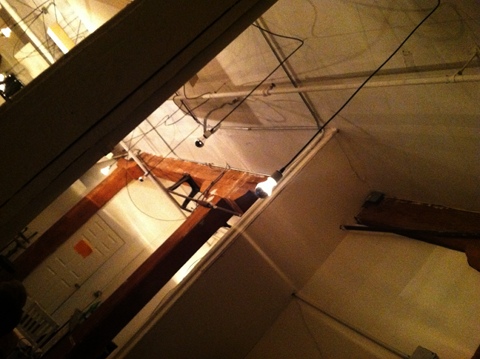 Had a lot of fun being part of Gowanus Company IV at the Douglass Street Music Collective on Sunday (April 8, 2012). Here is, as best as I can recall, the performers who participated at this DB inspired event:

Thanks to all the performers for allowing me to share the stage with them (next time, Matt, Ken and Ingrid), and big thanks, in particular, to Josh for the invite and putting the whole thing together. 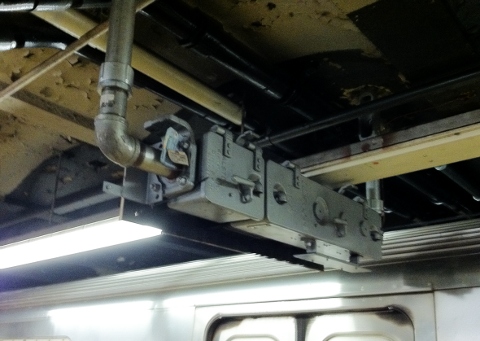 In the spirit of Derek Bailey’s Company week, a once-in-a-lifetime chance to catch several creative musicians playing together who have never played together. [Read the rest…]