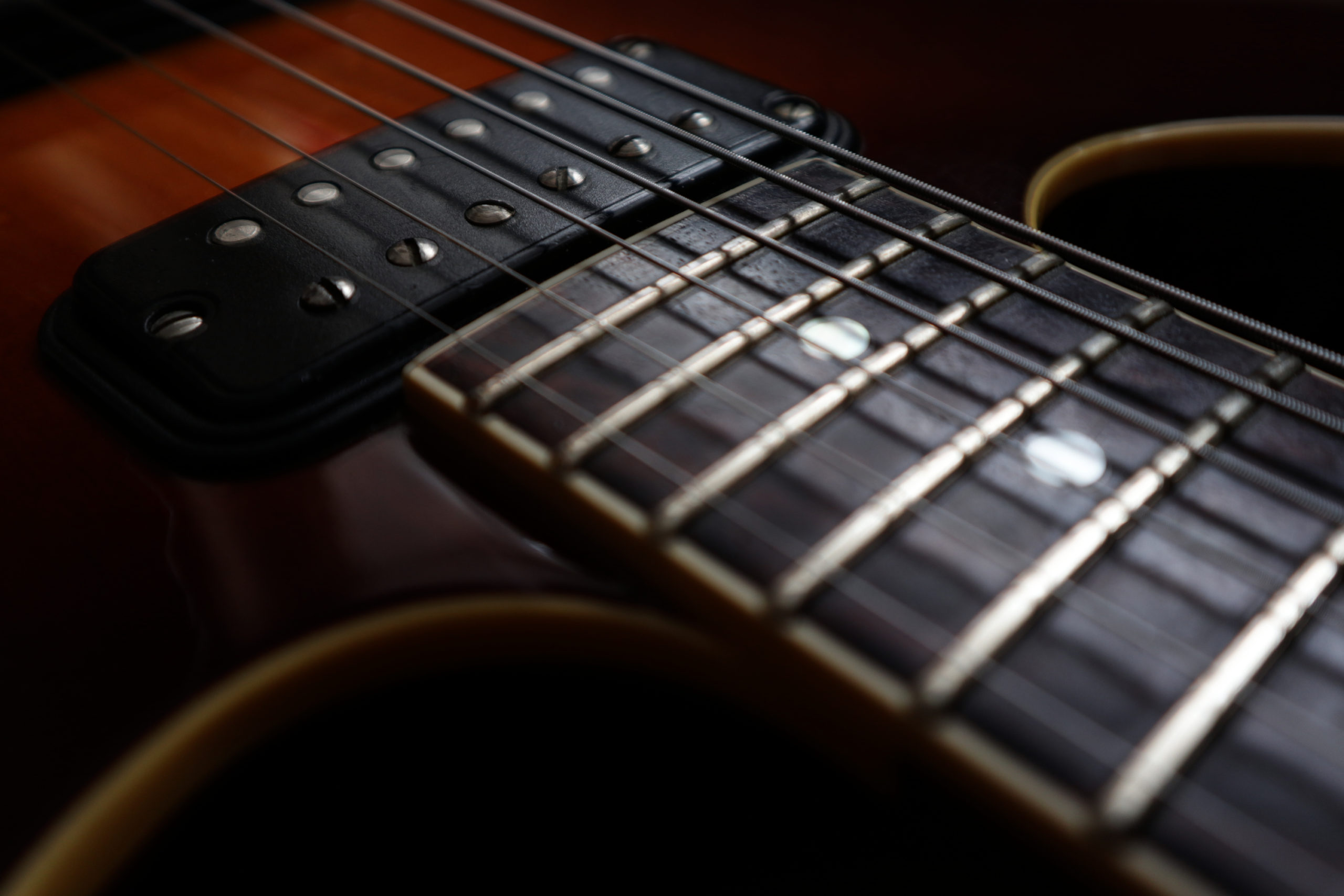 A science fictional foray? the specter of drumming giant Rashied Ali? searing, erupting explosions? striking song-like passages over the rumble and din? climbing over a breathless downpour of sound? John Pietaro writes in the February issue of The New York City Jazz Record that: “In a field of experimentation and free music, Eris 136199 stands as singular.”

The closing work, two-part “Hypnagogia”, begins with the most electronic of sounds in [Nick] Didkovsky’s canon and as it fades the saxophonist blows an aerial passage that turns expressionistic as [Han-earl] Park hurls rapid- fire fills about her (think Interstellar Space as a starting point). By the time Didkovsky returns, his guitar embellishes Park’s and [Catherine] Sikora closes with lush postbop improvisation that will give listeners chills. [Read the rest…]

I love this review! Not just for its generosity and not just that it’s evident that the writer listened carefully (though, of course, it’s both of those), but I appreciate that it devotes space, in turn, to each musician of the trio. So big thanks to John for the review, and thanks, John, for hearing the Ali-connection back in 2013.

Eris 136199 is much more than deconstructivistic listening. Putting these three explorers together results in a surprising pleasant, if not angular and abstract, experience. Sikora and Didkovsky are a wonderful stylistic matchup – a sax player who is both aggressive and understated with a guitarist who seems to be fighting an internal battle of self-restraint. Park hangs around in the background, adding texture and an ephemeral context for their parts. [Read the rest…]

He concludes by writing: “Great stuff and highly recommended.”

Elsewhere, Avant Scena writes that “the music is just wonderful and charming – all kinds of colors, rhythms, expressions and sounds are condensed together in one form.” And Dolf Mulder writing in Vital Weekly describes a complex music emerging from the meeting of three very different individuals: “A radical kind of music.”

And finally, in Free Jazz’s survey of the recent albums by Catherine Sikora, Fotis Nikolakopoulos describes, in his ☆☆☆☆ review of Eris 136199, dismantling of the rock guitar solo pose, multidimensional timbres and atmosphere, and a constant battle of metallic guitar sounds and the organic feel of the saxophone: “like-minded improvisers who try to find their way through collective thinking and playing…. Eris 136199 is an album that blossoms after repeated listenings and deserves more than a quick listen….”

*† Both digital and physical purchases give you streaming via the free Bandcamp app, and option to download the recording in multiple formats including lossless.

Want to know what and who I’ve been listening to? or what I’ve got planned (hint: see video above)? read my take on the late-capitalist (spotified, airbnbified, uberized) bootleg economy? or how about my non-musical influences:

Even in these so-called cynical times I find politics (in, for example, the interactions between basement-level activism, and the, to quote Zappa, ‘entertainment division of the military-industrial complex’; in the friction between good, sometimes great, journalism, and the for-profit-lubricated popularity-contest we call publishing) inspiring.

Animators whose subject matter are things like movement, weight, physics, physiology, intent, volition, presence, personality, empathy, when their materials, in many respects, are working against those expressions. It helps to remind those of us who work in practices where it is too easy to take those same things—movement, weight, physics, physiology, etc.—for granted because they are so effortlessly part of the form. [Read the rest…]

Over at a Jazz Noise, you can read my answers to Dave Foxall’s 7 Questions such as my take on collaboration or what I seek in collaborators:

Imagination, skill and reliability. In that order.

Someone who has a levelheaded understanding (consciously or not) of their niche within the transnational improvised music ecology….

I gravitate towards improvisers who are always prepared for that which is, in a way, unforeseeable.

Also people who can patch the holes and weaknesses in my musical skill-set. So, thinking about those three-quarters of Sirene 1009, I think: Dom Lash’s assured, steady-handed control of his technique and sound-making; Mark Sanders’ range, seemingly boundless imagination, ability anticipate anything and everything, and ability to make sense musically regardless of what surrounds him; and Caroline Pugh’s handle and knowledge of genre, and how she seemingly can just jump in regardless of context. I think the various ways we move—our bodies and their relationship with the instruments, say—complement each other.

(I’ve said this before, but getting a group together is a kind of composition.) [Read the rest…]

Plus, the “opening track [from ‘Sirene 1009’ (BAF000)]—Psychohistory III (very Asimov!)—[is] exclusively available to a Jazz Noise readers (hear it here and nowhere else, folks) for this interview.” [Listen/read the rest…].

The current edition of jazzColo[u]rs (Sommario Ago./Set. 2015, Anno VIII, n. 8–9) has an interview with me by Andrew Rigmore. It covers a broad range of my work, from my close collaboration with Catherine Sikora, my working relationships with Paul Dunmall, Evan Parker, and drummers such as Mark Sanders, Charles Hayward, Gino Robair and Tom Rainey, to ensembles and projects such as Eris 136199, Mathilde 253 and io 0.0.1 beta++. We also discuss the location of noise, rhythm, harmony and melody in my work, and the relationship between structure and improvisation. Andrew Rigmore opened by asking me about the meaning of ‘tactical macros’ in the context of Metis 9:

[I describe Metis 9 as a collection of ‘tactical macros,’ and by that I mean that Metis 9 is a kind of playbook for improvisation; it’s designed for an ensemble of improvisers, and it’s, in a way, about improvisation. These are interactive schema: Metis 9 never dictates the exact gesture—each bloop or bleep—that the performers are to execute—that, I think, would be an anathema to a serious inquiry into improvisation—but it does lay the parameters for what kinds of interactions might be possible, and what kinds of interactions might be… difficult. These tactical macros that make up Metis 9 are often ambiguous, possibly nebulous, to the point of, I suspect, being paralyzing to non-improvisers. They are somewhat akin to the rules that are enrolled when you see young children in free play. The rules only exist if they serve the play—if they are fun or interesting or lead to further engaging play—and are freely mutated, reinterpreted and jettisoned when play leads elsewhere. So they aren’t really compositions as such—that would take a kind of authorial appropriation that would be unfair on the efforts of the performers—which is why I stuck the term ‘macro’ on it: it’s a shorthand instruction that expands into a real process, but the process itself is not knowable from the initial instruction; the performers—the actual interactive agents—are responsible for that.]

You can read more in the current issue of jazzColo[u]rs. The issue also includes Andrew Rigmore and Antonio Terzo’s review of Anomic Aphasia (SLAMCD 559).

Thanks to Andrew Rigmore, Antonio Terzo, Piero Rapisardi and jazzColo[u]rs for the profile and their support, and to Scott Friedlander and Fergus Kelly for the photographic portraits that accompany the article.

Nick Didkovsky: “Wow. That was weird!”

Belated set of thanks for the performances earlier this month (June 5th and 9th). The biggest thanks to Nick Didkovsky and Catherine Sikora who made this Eris 136199’s stragest performance so far, with unexpected and unpredictable turns and juxtapositions; and big thanks to Michael Lytle who invited me to join him for a duo performance at ABC No Rio. Thanks also to Blaise Siwula for organizing and curating COMA: Citizens Ontological Music Agenda, and to the other musicians who shared the bill and both events. In particular, kudos to Ras Moshe, Shayna Dulberger and John Pietaro for stepping up and contributing a fantastic set (plus John said one of the nicest things about my playing after Eris’ set: “You’re the Rashied Ali of the group!”); and to Craig Flanagin and Frank Marino for their great vibe on and off stage. Special thanks to Scott Friedlander for his indefatigable and expert documentation—audio, video and photographic—and a hat tip to Don Mount for helping Eris come up with a title for our first improvisation. Last but not least, thanks to all who came to listen and witness the noise, complexity and play.

Next up: performance in July with Swim This (Nick Didkovsky: guitar; Gerry Hemingway: drums; and Michael Lytle: bass clarinet). See the performance diary for up-to-date info.